What Russian letter is this?

Is the 4th letter a valid russian character?

When I copy the above word it is automatically converted to "сведения".

The character "д" is the lowercase italic version of "Д", which both derive from the greek letter Delta (compare with "Δ", "δ"). In most fonts the straight lowercase letter is written as "д", while "д" is used in italic type. In some fonts (typically monospace console fonts or fonts designed for headings: Tahoma, Lucida Console, Franklin, Arial Bold, Century, Courier New) "д" is used in both straight and italic types. Capital letters are always written as "Д", even in italic type: "Д".

Wikipedia has a list of Cyrillic glypths which are substantially different when italized: 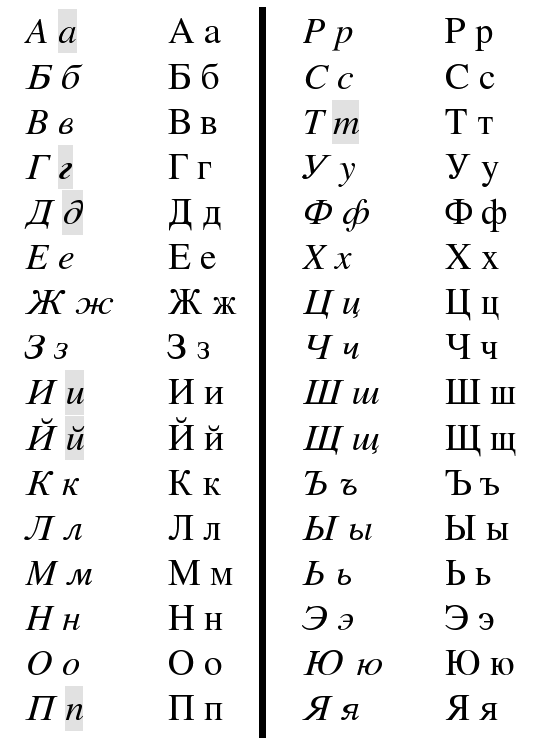 To make things even more confusing, there is Russian cursive, or handwriting, which has different glyphs. In cursive, "д" will become similar to the Latin letter "g". In the picture below, it's the first letter on the last line:

It is a valid letter "д", the fifth letter of the alphabet. The glyph in the example is produced with a cursive/italic font. The other one is a glyph from a regular straight font.

Every language has its quirkiness. With Russian,this is evident when one starts typing texts on a PC - and then formatting parts of it. Hence, the сведения seems to differ from "сведения". But, this is solely due the use of italics.

This can be easily verified by copying "сведения" twice without a particular format, then mark one of these Russian words; changing its format to italics results in the text as you previously presented this word.

In my experience, attempting to find a font that shows no visible change when italicised is simply too time-consuming. Once one is aware of these Russian text quirks, one can concentrate on Russian cases and declensions!

Not the answer you're looking for? Browse other questions tagged алфавит буквы typography or ask your own question.

33
Do adult Russians normally hand-write Cyrillic as cursive or as block letters?
45
Why does italic 'т' look like 'm'
27
What are these Russian characters that aren't in the alphabet in my learning material?

45
Why does italic 'т' look like 'm'
9
How common is angle-shaped Л in modern Russian?
11
Why is the numero sign (знак номера) ­«№» used in Russian when the letter "N" is not in the Cyrillic alphabet?
14
Н > И change in Cyrillic, when and why?
10
What is "Э оборотное"?
5
What is the difference between the letter Е and Э?
33
Do adult Russians normally hand-write Cyrillic as cursive or as block letters?
6
What are the differences between "и" and "і" in prereform orthography?