I've just recently begun to try to learn Russian. Right now I'm focusing on the alphabet and phonetics. Because I'm a space nerd, I've been using the Roscosmos Twitter page to help me. What I've been doing is looking at a post, reading each word individually (just for the sake of pronunciation), and then putting that word into Google Translate to see how close I was to the correct pronunciation, and correct myself. I came across a post about an old spacecraft, and I'm curious about it. 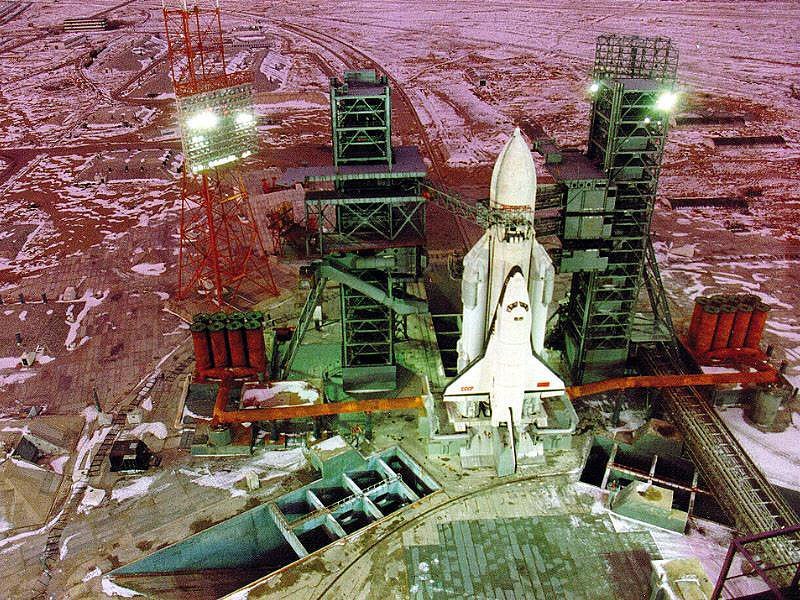 What I'm curious about is the «Энергия-Буран». Does that mean "Energy Blizzard"? If so, that's a pretty epic name. If that's not what it means, can you please explain its meaning?

No, translation "Energy Blizzard" is incorrect. It assumes that the meaning is compound, where the first noun plays a role of adjective (i.e. blizzard made of energy).

But for this to be correct, in Russian it is not enough to place two nouns in nominative case together. It would require to use an actual adjective ("энергетический буран"); or to use the genitive case ("буран из энергии", although this one is artificial, this particular construction is not used).

The dash may also have similar effect, but not in our case. Here it means that it is a system made of two separate parts - the Energiya rocket and the Buran spaceship. On top of that, the Energiya is independent from Buran, as it has its own engines and could have been launched without the Buran attached (contrary to the Space Shuttle). A similar example would be some US designations, like Atlas-Centaur launch system. Here it does not imply that a mythological giant Atlas suddenly also acquires four horse legs and body, like centaurs do.