Пропаганда is about view-of-life, it's not about a person or a company. This could be about something like 'our country is the greatest' or 'to be healthy you need to run 5 miles every day' etc.

Реклама is advertising - posters on buildings or in the transport, banners in the internet etc. It is obvious that a person or a company paid for that.

Пиар also makes a person or a company more known - but in more subtle way. For instance a person may be known for organizing a music festival, or some special party each Valentine Day etc. So, it is not a straight-forward advertising, but a way to get people's attention.

Черный пиар could be some kind of activity to create a negative impression of a person or a company, e.g. there could be a series of articles or mentioning in media that 'they don't spend money on environmental protection' or 'they payed bribes' etc.

Пиар is a Russian rendering of PR (пи-ар) acronym, which stands for Public Relations. As far as I know it has a different meaning in Russian than Public Relations in English. Its a professional jargon among people that are a professionals in promotion and advertising. It become popular maybe because it contains the (new to Russian language) idea of organized activity of making company or a person more known to a wide audience. Before only реклама existed, but it does not cover all the required meanings.

Пиар has no negative meaning by itself, but when someone wants to say 'they are not so good as they look, they just want a positive image' they say 'это пиар', or 'они пиарятся на помощи бедным' (they help poor just to have positive image, not because they care about poor people) then пиар has negative meaning of course.

Usage of пиар can be traced back to 1996 - as you can see it became very popular during last several years. One of the first printed occurrences goes back to 1989: 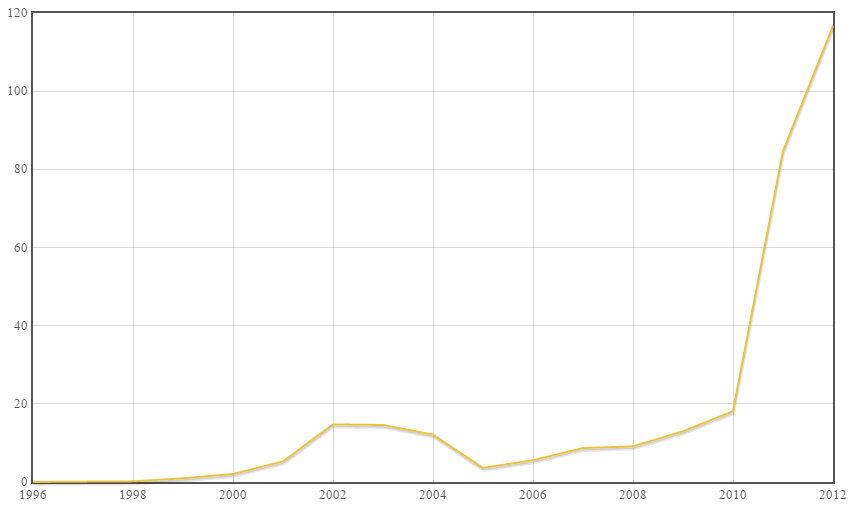 I think it is one of the business-related words that become popular in post-USSR times like менеджер, проект, имидж, etc. that can be applied almost to any field of human activity (like art, architecture, technologies, literature and so on and so forth).

The differences of the word's meanings are (with the definitions):

пропаганда (in English "propaganda" has exactly the same meaning as it has in Russian):

пиар (almost the same meaning as PR (Public Relations) in English, but often implies a negative attitude and usually is not used officially):

реклама (in Enlish there are at least two words corresponding to this: advertisement, a commercial)

Regarding your second question about why words with "пиар" have gained popularity I can only guess. I think the reason is alike to one, which is behind the popularity of the words: логистика, менеджер, чернокожий etc. It can be that this words started to be used by people who use English a lot and then spread to other's vocabulary.

Not the answer you're looking for? Browse other questions tagged usage russian-usage or ask your own question.

23
"Left" and "right" in Russian
4
Difference between "ну" and "значит"
15
What's the difference between "вот" and "здесь"?
4
Which это? Particle or Special Adjective/Pronoun
5
Are words for family members (e.g., "брат," "сестра," ...) ever used as names, and, if so, is the word then capitalized (as it would be in English)?
2
“Быть” with tenses, gender, number but in affirmative sentences
2
short, long adjective, adverb for two consecutive words
6
Why are German soldiers of WWII commonly referred to in the Russian language as fascists (фашисты)?
2
What is the difference between "истинная любовь" and "настоящая любовь"?