Well in the Bible it means heavy raining of epic proportions, but this word could, as of now, is known basically due to this particular phrase (and actually is used in the Bible few more times).

You can find this definition here. Here's a screenshot (it's easier to do rather then retype in modern spelling, also losing some context): 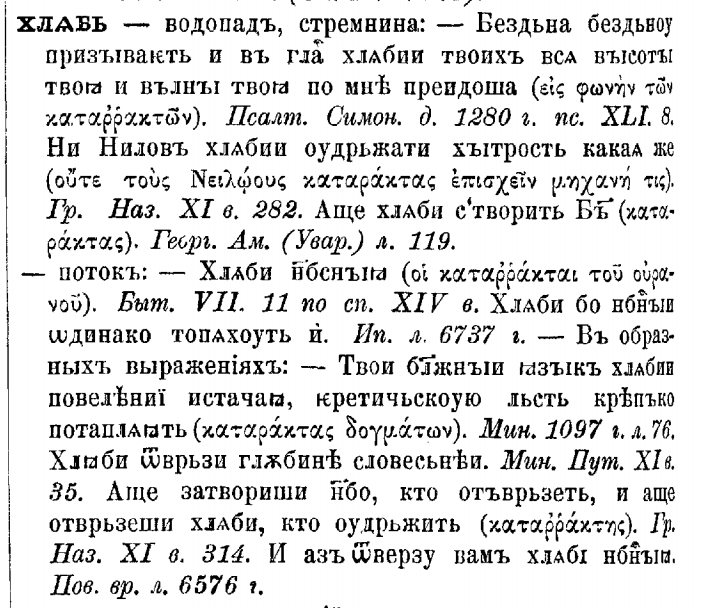 Also it worth to mention that in modern Russian "разверзлись хлюби небесные" could be used, though this usage is way too rare, in a joking context - when talking of bad weather.

This is a quote from the Bible referring to the flood. The English version from The New American Standard Bible is "...and the floodgates of the sky were opened."

Not the answer you're looking for? Browse other questions tagged значения phrase or ask your own question.