I have seen somewhere they use it not in terms you could think you would do with tooth paste.. or in Siberia, related to a physiological process..

No, the example is:

I must admit there is just one place so far where it has been used, so metaphor or a typo?

Rather than a typo, I would call it a mixed metaphor - squeezing used as a metaphor for applying whatever tactics to reduce your competitors' ability to compete, and the frost part implying that these competitors won't like the situation they'll end up in.

This turns out to be an actual usage but it's by no means an idiom.

There's no such idiom in Russian, my guess was that this is just a typo - выставить на мороз (literally to put out into the frost) - which is indeed used - it's applicable both to animated and unanimated noun - so you can equally say:

While this can be used for torture, this phrase per se does not bear any criminal or sadistic connotations. There's a phrase выставить за дверь - and выставить на мороз is constructed in a similar way - or well, the other way around.

Also, for animated nouns one can say - выгнать на мороз (to expel).

Also, I encourage you to use google (or other search engine) - no hidden irony, it's just that it can help immediately to see that something just does not exist: 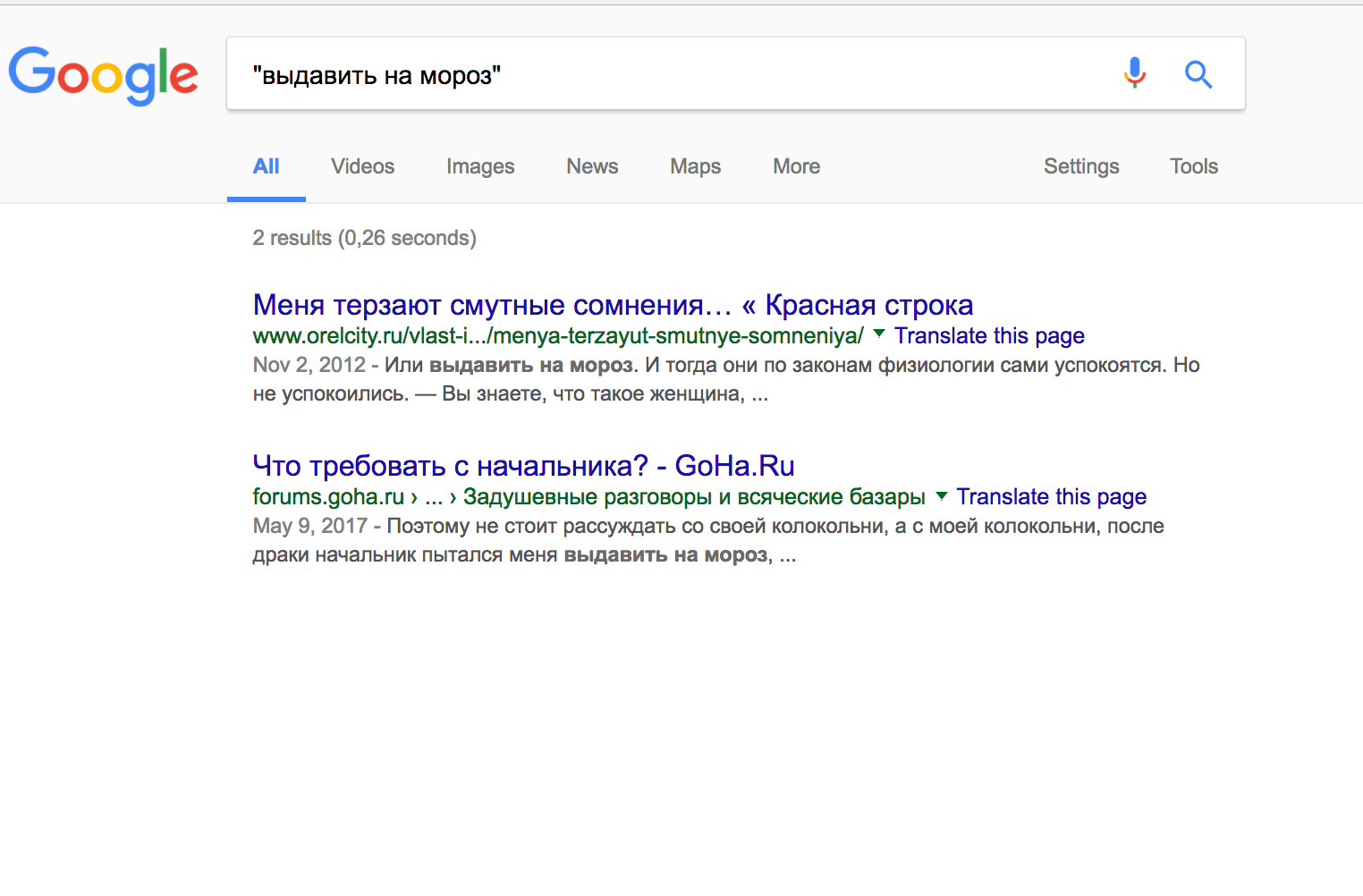 UPD: Also, it's worth to mention that there's a rare term выдавило на морозе - it's about motor oil that sort of sipped out during cold weather, like in phrase "Выдавило масло на морозе".

UPD: So, when the exact quote is provided, it turns out that it's выдавливание на мороз. Once again, not an idiom but rather an author-specific figure of speech.

Not the answer you're looking for? Browse other questions tagged phrase or ask your own question.