The descriptions on Wiki have me puzzled, as it seems the "деньга́ми" can be the plural instrumental of either the plural-only noun "де́ньги" or the colloquial singular noun "деньга́".

It may ultimately amount to the same thing, but I wonder from which the instrumental "деньга́ми" in this expression stems?

The word "деньга́" is ancient and rare, although it might be used as a colloquial or a joke. In this (seemingly ordinary) case the word "де́ньги" was the original form, no doubt.

Russian stress is very mobile, and etymology does not play the leading role in defining it.

Words like серьга, кирка, грудь, ось, глушь, сажень, Обь, Пермь, кружево, зеркало and numerous others don't have any rhyme or reason to their stress patterns, and, as a matter of fact, their stress patterns were (and still are) swaying during the course of language development.

It's equally natural for Russian to say both зе́ркала and зеркала́, знамёна and знамена́, гру́ди and груди́ (sg. gen.) etc, and the forms which are perceived as blatantly wrong now were the only correct ones just 150 years ago.

The best explanation of the fact that Russian speakers say де́ньги in nominative and деньга́м in dative in early XXI century is that they feel like it at this very point in time.

1) But "the plural-only noun "де́ньги" technically IS the plural of "the colloquial singular noun "деньга́". So I guess your question here makes little sense, I can see no dichotomy here. It is plural instrumental form of the same word either way.

Yeah, the plural "деньги" gained additional generic sense that "деньга" arguably lacks - "деньги" can refer to a bank account or a BitCoin wallet, while "деньга" refers to physical cash, to a coin or a banknote. Still does it make them really different words? I personally do not think so.

Compare with plural "люди" gaining the additional meaning of singular "people" and remaining in modern use due to that generic sense, while singular "людь" falling out of usage together with "полюдье" and other feudal-era terms.

Even if you consider them semantically being different words, homonyms, they still technically are merely forms of one word. So, as for me it is exactly the case of "ultimately amount to the same thing". At least when the question is formulated in technical terms (from which... stems).

2) Now if you ask what was the specific meaning of the word "деньгами" in that phrase, then we can put it to the test using synonyms. Granted, this test perhaps is not easy for foreign person living outside "language native environment". However, I would try to bring some examples. We try to replace the word in question with other words, that convey only or mostly one of those meanings we try to differentiate.

Купюра - (here) banknote. It does not have a meaning of "money in general". So "у нас туго с купюрами" would refer to paper cash specifically. Does it sound idiomatic? I'd say no. It can be used in a professional environment, where a cashier or ATM maintainer may report an abnormal shortage of paper cash to one's boss. But you would next to never meet it in casual life.

Банкнота - banknote. Same as above.

Лавэ - that is a rather vulgar semi-bandito word for "money" (plural деньги). "У нас туго с лавэ" - it sounds perfectly natural to me (with that gangsta accent, which is not always welcome, but that is another issue).

Монета - coin. This is a bit tricky. Cause in plural "монеты"/"coins" MIGHT be used colloquially to refer money-in-general, quite like plural of "деньга" does normally.

My guess (unchecked) is that деньга/таньга was originally a Tartar word for coin. And if that word for coin gained an extra generic meaning in plural, then it is only natural for another word denoting coin to gave the same trait.

By default, w/o context, деньги would refer to money in general and монеты to coins, the particular physical form of money. However when pressed by the "у нас туго с ..." context the "монеты" would be normally pushed to its secondary more vague and abstract meaning.

Рубль - rouble. Might refer to the currency (roubles vs dollars vs pounds vs ...) or to a cash of the specific value (coins or banknotes bearing value of exactly 1 rouble, not 2 or 10 or half). Here again "у нас туго с рублями" would normally imply that professional environment situation - or some pretentious person intentionally garbling the language for the sake of avoiding normative "туго с деньгами".

Наличность - cash. Singular-only. "У нас туго с наличностью" would imply "short of pocket money" kind of situation, short of money that could be handed over right this instant. Technically "наличность" is short for "наличные деньги" - "cash money", however "наличный" in general means some resource "instantly available, existing here and now". So that phrase would imply that in general there are some valuables (like bank account to draw cash from, or like expensive property to be firesold) that can be converted into the required cash, just it would be troubling and bothersome, so the doubt is conveyed whether this route to be taken or the whole "deal" refused.

ATM I can not come with more synonyms to check and compare.

I believe the answer is to be sought in the realm of semantics and so surmise that it really an inflexion of the plural деньги, аs on a conceptual level Russian native speakers, if my own perception of the language is anything to go by, don't think of money in terms of collection of singular coins which is the meaning of the word деньгА. 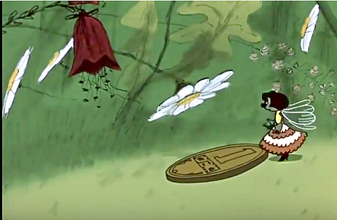 Plural деньги is a generic term to designate financial means in both cash and non-cash forms as both coins and bills.

To express the idea of coins shortage modern Russian speaker would use not the word деньга/деньги but the word монеты, because in modern language plural деньги in most use cases doesn't give the connotation of coins.

Not the answer you're looking for? Browse other questions tagged существительные or ask your own question.

9
Measurement units after numbers - genitive plural or nominative singular?
9
How can one figure out if there is an implicit noun for a noun that declines like an adjective, and if so, what it is?
13
Can anyone clear up some discrepancies between rules for numeral+adjective+noun agreement for 2/3/4 and actual usage (as found through e-sources)?
5
Does the Russian numeral rule for the adjective that comes between the number and the noun (see below) apply to animate nouns in actual usage?
2
Люди or человек after numerals?