I wonder if this expression means "give him a (verbal) dressing-down"? Does "намылить" have anything to do with "soap"? In French, there is a similar colloquial expression "passer un savon{soap} à someone" to mean exactly that.

I don't know in which register it is used, but are there synonymous expressions for "намылить ему шею"?

In this example «намылить ему шею» – is an idiom. It's a kind of «give a good lesson» or «reprimand».

As written in the Словарь церковнославянского и русского языка (1847)

From this it follows that the meaning of expression Намылить шею (to apply soap on a neck) was initially “beat on the neck someone”, and then transformed into a simple “beat up someone”.

P.S. It's very interesting that from the same dictionary we've got.

Намылить голову (literally to apply soap on a head) also has a negative color, but in this case had different meaning similar to english idiom “rake over the coals“

it's also phraseology meaning "to do somethink rude with him". To scold or punish.

One theory says that this phrase comes from epoch when criminals were executed by hanging. Rope for them was soaped for better slipping.

Some say "намылить" is to "put some frothy soap on", "to lather" and actually this phrase has pretty grim etymology - for execution via hanging the know was usually lubricated by soap (or wax) to ensure it smoothness. Sometimes neck of one who's executed was lathered as well.

So "намылить шею" (according to this version) initially had more dark connotations that not just non-existent - it's quite soft actually.

This is at least the most popular version.

However personally me never found this version convincing enough - it's just that there's not enough evidence that support this version.

If you've ever seen how laundry looks like before the invention of washing machines you've most likely seen something like this: 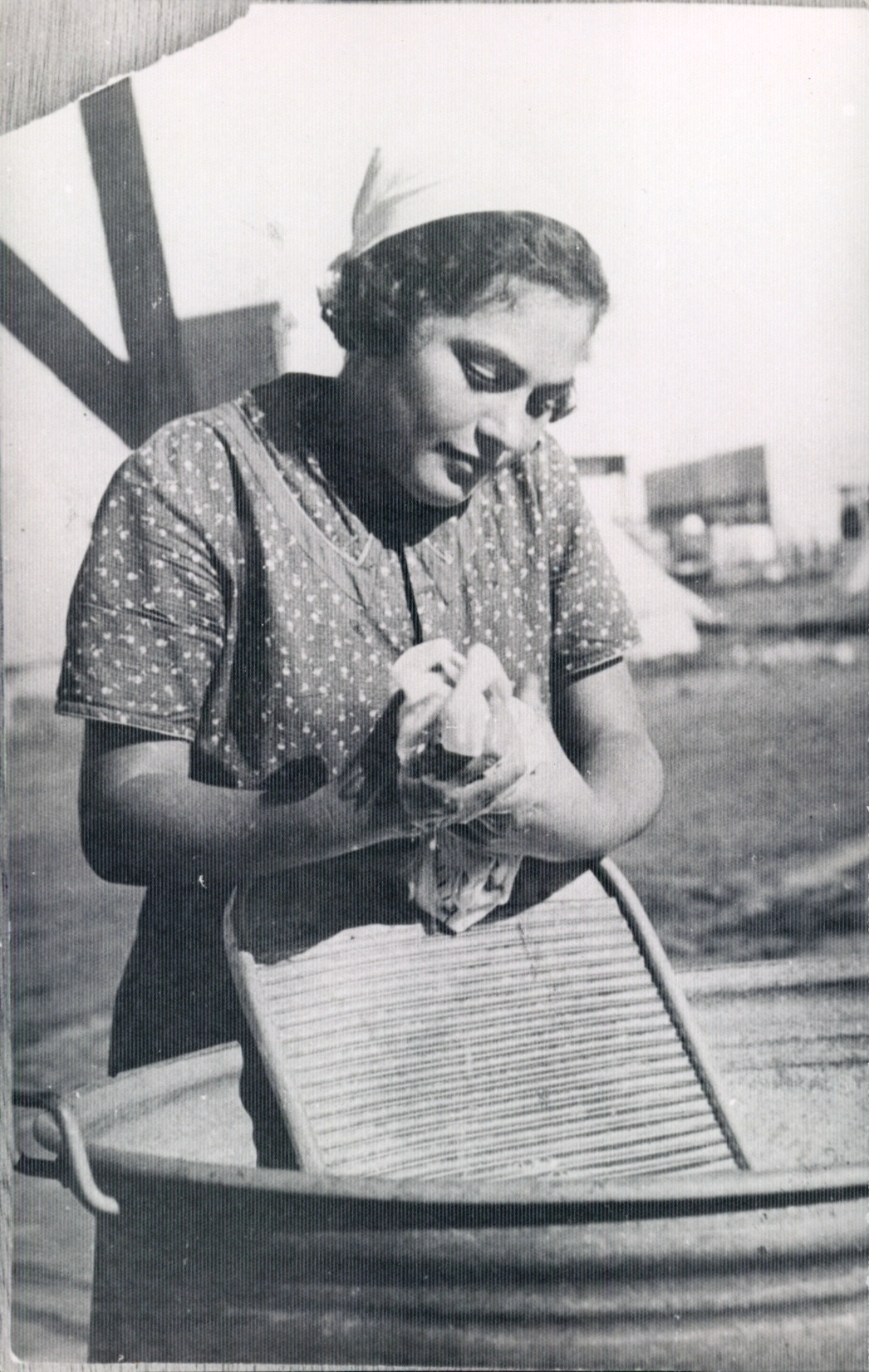 This device is called washboard (or стиральная доска in Russian) and Wikipedia got it right:

Clothes are soaked in hot soapy water in a washtub or sink, then squeezed and rubbed against the ridged surface of the washboard to force the cleansing fluid through the cloth to carry away dirt.

So, it's rubbing forcibly against some ridged hard surface. One can imagine that it's quite uncomfortable if we'll make the same with the neck. So may be etymology is not that grim after all.

Not the answer you're looking for? Browse other questions tagged usage значения or ask your own question.

3
Possible meanings of "Путь ему туда заказан"
1
Meaning of сровнялось
2
Meaning of "Предельный"
6
Meaning of пацан
3
Meaning of просто жуть
4
Meaning of если что
5
How to interpret the expression "кулинарный опыт кулинарным опытом"?
5
Meaning of «сесть кому-н на шею»
3
What are the words for people who cause trouble believing they know better?
3
What is the difference between "расскажу о тебе" and "расскажу про тебя"?