What is the English version of this

There's a very rude phrase "ебать [кому-либо] мозги" (to fuck [someone's] brain) - it means to be extremely annoying, to talk bullshit etc. "Компостировать мозги" is basically an euphemistic version of this phrase.

The verb "компостировать" means, among other things "to compost" (a ticket), in Soviet Union paper tickets for public transportation were composted with devices like this (though this one is a newer device, not the original Soviet one): 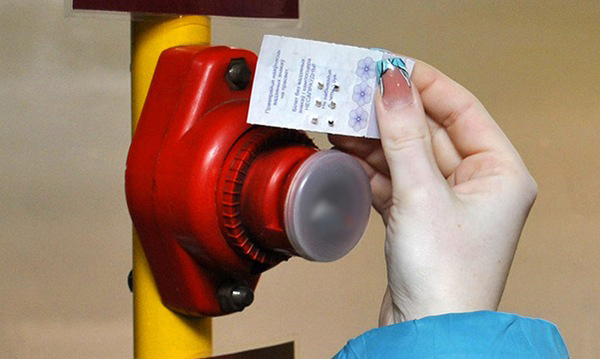 So, basically, it was an act of perforation.

However another meaning of "компостировать" is to fertilize with manure or some kind of other organic matter. There's a version that this is the original meaning but personally I find this explanation less convenient.

Actually I don't remember when I heard this phrase last time so you can relate it to not common - it means that someone is very persistent with you in the way that you don't appreciate it and try to avoid interaction / conversation but the one is still intrusive. And except when a person is trying to get your "yes" for something it can just mean - stop telling me this bullshit.

As already have been explained it's the softer version of "ебать мозг(и)", though not necessarily a euphemism. Another way to put it is simply "делать мозги" or "окучивать могзги" (which is definitely a euphemism).

I have never heard it being used in regards to lying or bullshitting someone, but always in voicing annoyance.

Closest colloquial English equivalent I can think of is simply "to get on one's nerves". There's another Russian expression - "действовать на нервы", which is a closer translation. In some cases you can use "do one's head in" as in "She's really doing my head in.", but that's not always a good translation, as it can refer to general confusion, feeling lost, almost depressed, while "комостировать мозги" simply infers some mild annoyance. It's less dramatic.

The difference is that "комостировать/делать/ебать могз(и)" is used when someone repeatedly, almost methodically annoys you (verbally, in writing, or both) regarding some specific topic or endeavor, while "действовать на нервы" is far more broad.

Not the answer you're looking for? Browse other questions tagged идиомы or ask your own question.