When to use "живот" or "желудок" – words for "stomach"

In French, "ventre" and "estomac" can both translate as "stomach", albeit with certain nuances:

But here's the contradiction I've realised. When I say the following in conversation in a casual, non-medical context, I use "желудок":

... whereas in French only "ventre" fits this context:

"Avoir le ventre plein" is something you'd say after having a hearty meal, while "avoir l'estomac plein" is more like what you'll see in a health-related or medical article. So, at least theoretically, I should be using "живот" here instead.

On a similar note, another contradictory case I notice:

I use "живот" here, while in French "estomac" more fits this context:

... although at least if its French equivalent is anything to go by, I should be using "желудок" in this case.

So on the surface, "живот" corresponds to "ventre" and "желудок" corresponds to "estomac". But in practice, when it comes to using them in a sentence, as part of an expression, I notice it can work the other way around. So the distinction between "живот" and "желудок" in Russian doesn't seem as clear-cut as I'd expected it to be. 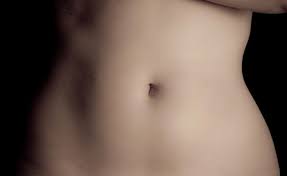 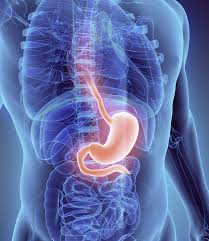 As for their usage in idiomatic (or semi-idiomatic) constructions, it's rarely any clear logic behind.
So as shabunc♦'s answer suggests: you just "remember it".

(Although speaking of similar French idioms I guess many will actually wonder why it's "ventre" which is "full". Many idioms sound strange from another language perspective.)

One can just remember that:

That's pretty much it.

When describing pain, I’d use живот for areas around navel and lower where the intestines are, for example, during diarrhea. And I’d use желудок for area around solar plexus, for example, due to gastritis.