I've looked up the pronunciation of the word "Египет" at forvo.com, and while it says that the pronunciation is /jɪˈgʲipʲɪt/, I hear a [b] and not a [p] in both available sound files. Am I hearing it correctly? If I am, then in what enviroments is [b] the realization of /p/ in Russian? Is it a phenomenon that affects other plosives too? Does it have a name?

I hear a [b] and not a [p] in both available sound files. Am I hearing it correctly?

I've made a spectrogram of the first phrase in Praat: 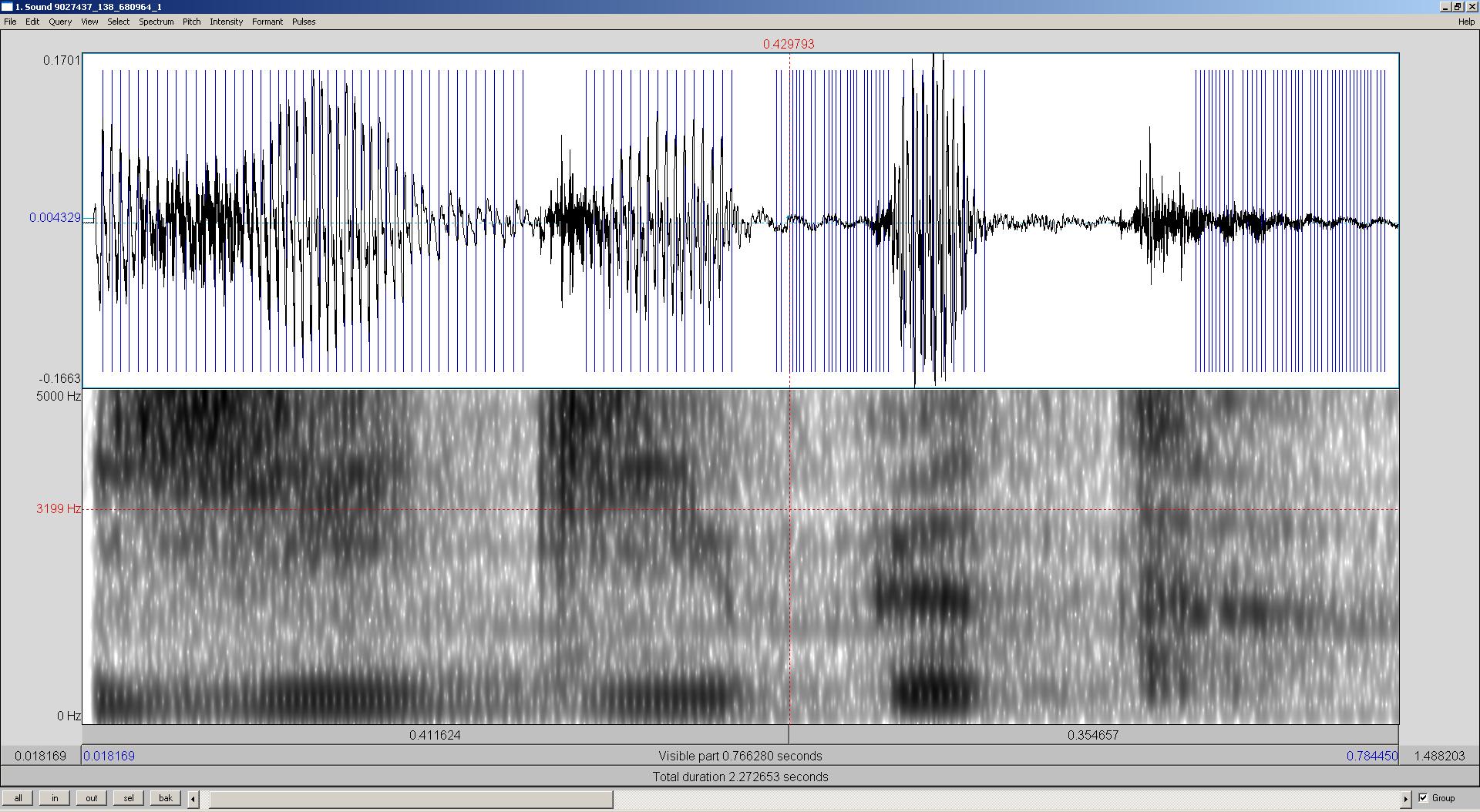 The red cross is positioned at the middle of the stop for /п/ which as you can easily see is the least voiced part of the whole word (the lower part of the spectrum is almost silent and definitely not pulsing).

Russian voiced consonants are full-voiced, that is they have significantly negative voice onset time, and be that a voiced consonant, the voice would have merged with the previous vocal sound, which we don't observe here.

In what enviroments is [b] the realization of /p/ in Russian?

This may be observed on morpheme or word boundaries: крепдешин, шлюпбалка etc.

It is definitely [p] in both sound files and everybody pronounces it with [p].

The reason why you hear it as [b] is that the difference between /p/ and /b/ in Russian is merely in the absence/presence of voice, while in English it is more than that, English [pʰ] is not only voiceless, but is strongly aspirated, while [b] is weak and not aspirated. English speakers tend to rely mostly on aspiration to distinguish between /p/ and /b/. If there's no aspiration, like in Russian [p], one perceives it as an English [b]. In Russian there are no aspirated sounds; you will have to learn to detect if the sound is voiced or voiceless, if you are going to learn Russian.

Two languages can have a pair of sounds that are distinguished by different features in each language.

Not the answer you're looking for? Browse other questions tagged произношение фонетика or ask your own question.