Difference of pronunciation between ɐ and ə 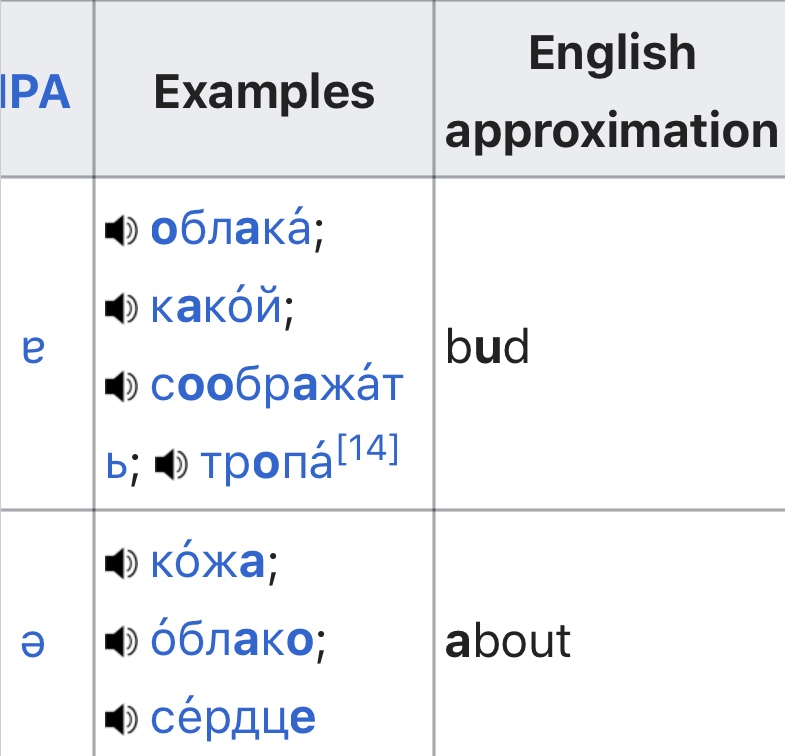 Due to the bad example they give in the table shown above i cannot tell the difference between the two. about and bud both sound exactly the same to me and to anyone i ask (i am a native in the u.s). about sounds like ubout and bud sounds like bud .

Could someone give me a better example for ə? Would it be the same as the a in the world apple or banana?

Any help for distinguishing the difference between the two would be greatly appreciated.

Thank you in advance

Under stress Russian А is pronounced fully while unstressed it's pronounced half hearted like Э or even less distinctly.

apple and banana are passable examples of Э with the caveat that in both it's under stress while reduced Russian А is never under stress.

I guess instead of trying to figure out theoretically, what you need to do is record your own pronunciation and ask for feedback because you may have already gotten it down unbeknownst to yourself.