Why do Russians call a joke a stake (прикол)?

In modern Russian, прикол is a very frequently used word and means a joke, a funny incident, or just anything funny, but the original meaning of this word is very different: a stake to which a ship, a tent, or an animal is tied. At least, only such a definition is given in Dictionary of Church Slavonic and Russian composed by the Second Department of the Imperial Academy of Sciences, published in 1847. Russians still occasionally use this word in its original meaning, e.g., in the idiomatic phrase корабль стоит на приколе (the ship is laid up). The composition of this word is very simple: кол is the root of the word, means a stake, and is related to the verb колоть (to pierce, stub, or cut), and при is a prefix similar to the English prefix in, so the composition of прикол contains nothing related to joking, which means that the modern meaning is figurative or derived.

My question: How did прикол, originally meaning a stake, came to mean a joke? In other words, what is the logical connection between the modern and original meanings of прикол?

I did some research on the Internet and saw a hypothesis that the modern meaning stems from a criminal jargon, but it is unclear as to exactly how Russian criminals saw a connection between a stake and a joke. Might the connection be that they considered it funny to stab someone with a stake or a knife?

Just homonyms.
There's an older word, подкол 'joke' together with the verbs подколоть (perf.), подкалывать (imp.) 'to play a joke [on smb]', but here 'the joke' is aimed at a person to make laugh of them. Прикол is almost the same, only another prefix is kind of showing that the joke is neutral, that is not aimed at/against somebody. That is a mere coincidence that the word sounds like the name of that ship anchorage. The root in all these words is -кол- like in колоть 'to prick, to prickle'. The noun кол 'a stake, a pointed wooden beam' is connected with the verb, too, the pointed spiky end of the beam makes the connection with the action of the verb.

Those words are definitely related. The thing is that the relation is not direct.

Let's start with колоть. It has two major meanings – to chop (when talking about wood), and to prick. The word кол derives from the first meaning, as it's a piece of wood that's chopped up to become pointy.

As of why колоть means both to prick and to chop and if those are homonyms, or just different meanings of the same word – I do not know.

probably because it all comes from the most ancient joke to "уколоть" someone. Like plant a nail on the seat for someone's ass, so here you go.

I have heard that, like quite some modern vernacular Russian dictionary, прикол is rooted in drug addicts' slang. What it originally meant is altered mental state where your attention is fixed to some object for no particular reason (прикололо or прикольнуло).

Later on it caught up with general public, where it not only means a joke but anything worth fixing attention on, some unusual circumstance.

The word doesn't translate as joke, it's more like "a situation likely to be amusing". You can say: let's glue all of Ivan's pictures to his ceiling "for the прикол". The root is shared with колоть which is either to prick(with a needle unless specified) or to split(e.g. firewood). I guess a needle prick is also splitting skin.

The English expression "to needle someone, is broadly the same, except that it's a verb and given English nature, likely to be way more subdued than a Russian prikol.

here is why... There is old joke to put it on chair to somebody. It's old drawing pin. 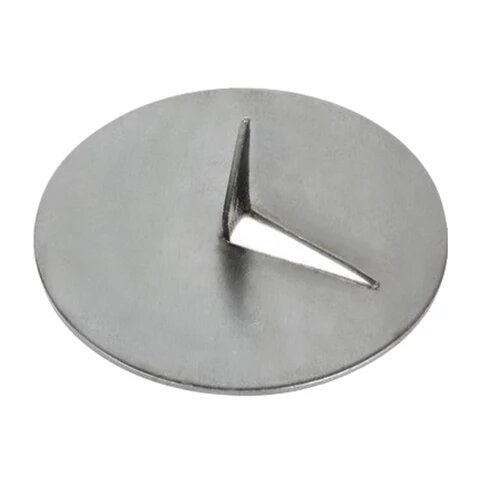 Not the answer you're looking for? Browse other questions tagged usage значения этимология история-языка slang or ask your own question.