Is there a link between the word "horse" and "rot"?

Today's French TV news covered the reconstruction of the Napoleonic army retreat from Russia in 1812 (it was held in Vyazma, and there was an official burial of Russian and French soldiers from that time together there - with official military delegations from both countries).

The reporter mentioned the extreme cold and the soldiers' hunger, and showed a painting allegedly from that time (screenshot from the Journal de 20h, TF1, 2021-02-14) 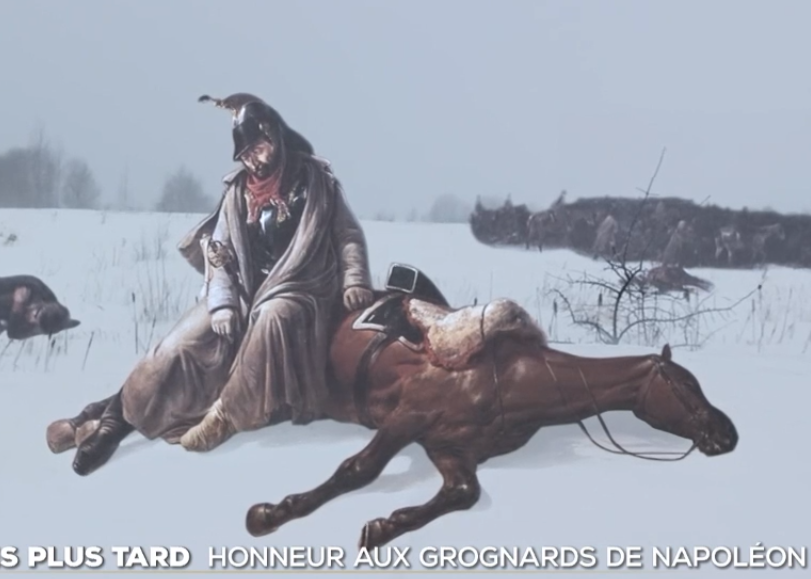 While commenting on that picture, he said something that surprised me very much (emphasis mine, a replay is available, the sentence is at 33:20)

(rot being the noun from the verb to rot).

I wonder how true this is. It is not like horses were not domesticated for millennia and I doubt that this single event could have changed their name to something that negative.

Would you see any link between these two words, maybe in the specific context of that time?

French TV reporter (most likely) meant the following - in Russian we have the word "шваль" which most likely is derived directly from the French "cheval".

"Шваль" is a noun. It is not exactly about something being "rotten", it's about someone being despised, a despicable person, someone who is scum. We also say in Russian гнилой человек ("un pourri" I guess in French) with the same meaning, so yep, "шваль" is, figuratively, a rotten person. But it's not about "конь" or "лошадь" (which both mean horse) being synonymous with being rotten.

However! I need to note that this exactly etymology - the claim that this word appeared in Russian after the Napoleonic invasion - is something I'm hearing of for the first time. I'm not sure it's accurate.