Why don't the personal possessive adjectives его (his), её (her), and их (their) decline for the dative case?

Let's use a simple sentence to illustrate this further:

If I want to say:

I use the dative declension for my, your, or our. 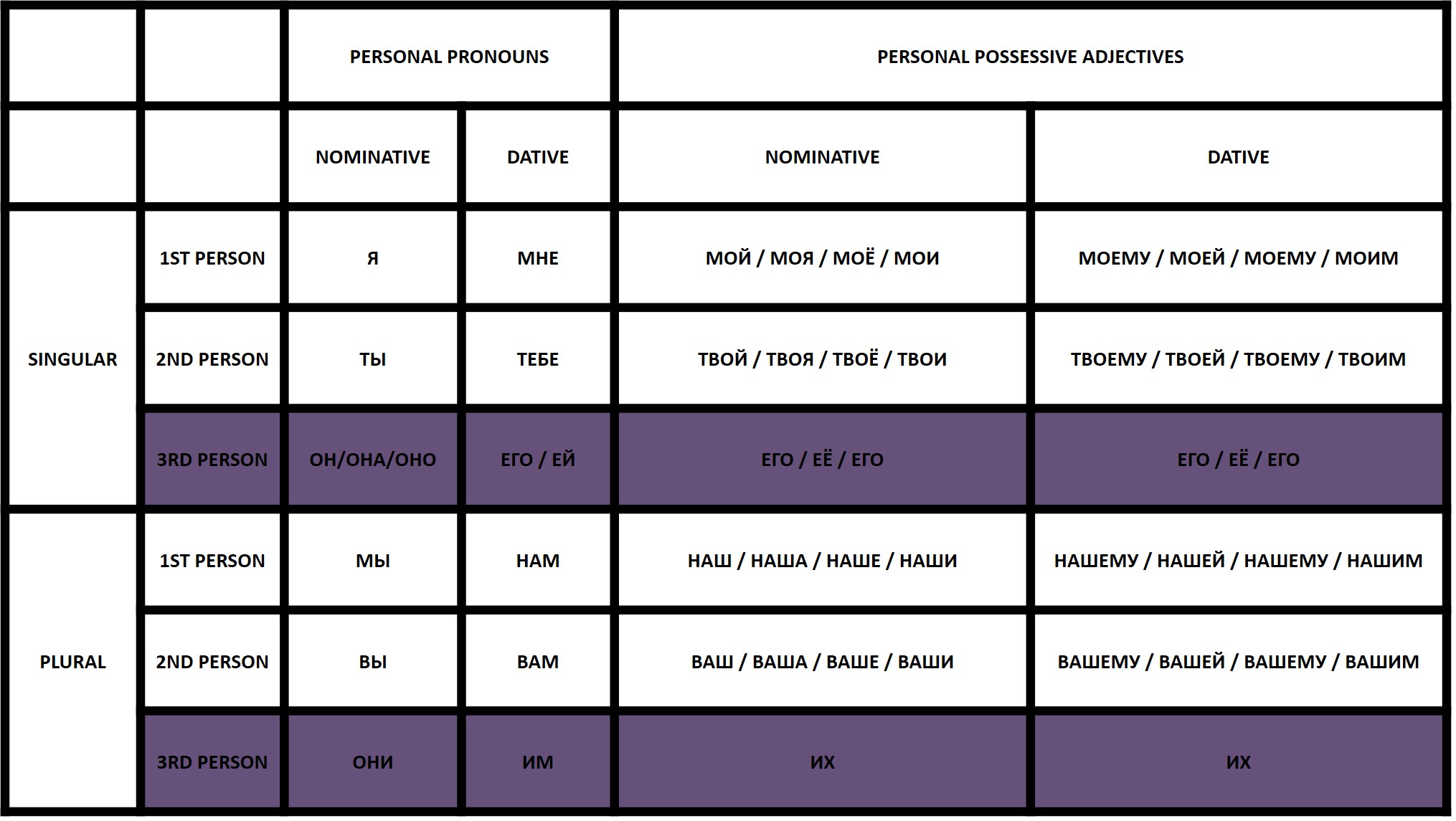 But if, instead, I want to say:

I just use его or их:

As for research previously conducted, I can barely even find a web page that makes reference to this fact, let alone explain why this is so. The page below from "Learn Russian Step by Step," was probably the most straightforward about just mentioning it:

Possessive pronouns in the Dative case

I know it is an unsatisfying answer, but it just happened to be this way.

For a fairly long time, Slavic languages didn't use to have a personal pronoun for the 3rd person. Instead, they used the demonstratives *и, *ꙗ, and *ѥ, which is where the forms like её and его come from.

As time went on, these combined forms became personal pronouns for the 3rd person, which, funnily enough, resulted in the formation of a completely new system of demonstratives like тот and этот.

Now, as you may expect, possession also used to have only 1st and 2nd person pronouns. If you wanted to refer to the possession by a third person, you would simply use an adjective like сестрин (sister's) or restructure your entire phrase.

This is why мой and твой decline like that, in a very adjectival way (compare "мой" to "голубой").

With the 3rd person getting its pronouns, the possession also needed to change. But there wasn't really a form to handle it. So the genitive of 3rd person pronoun was used instead, but it can't change with the cases anymore since it has to be in a genitive case to show possession.

So that is why 1st and 2nd person possessives decline differently from 3rd person ones.

However, there is an interesting process that started back in medieval times and was subsequently fought by the Soviet reforms with questionable results. You see, you are not the only person who found the need to have a 3rd person possessive that shows what case it is in.

It seems that for the last 500 years or so, the language tried to fill the void by doing the only obvious thing: grabbing the existing 3rd person possessive and slamming an adjectival ending on it.

All the way back in XVII century, there was already significant use of the form ихний (their). Over the years, you will also see forms like егоный/евоный, еёный/ейный pop up here and there. These are always considered extremely wrong and extremely colloquial by the school system, yet they just keep showing up.

The point is, его, её, их lack not only a special Dative case form, but they are not declinable at all, they have the same form for all the cases, both singular and plural, for example, in plural:

As you can see, его, её, их never change their form in any case of singular or plural whatsoever since historically they are the Genitive case forms of the corresponding personal pronouns, and not possessive pronouns proper like мой or ваш. Genitive case attributes remain unchanged when the head of their noun phrase changes its case.

Not the answer you're looking for? Browse other questions tagged склонение possessive-adjective or ask your own question.

10
Is there a reason why "чёрт" and "сосе́д" don't decline for nominative plural according to standard Russian spelling rules?
7
Why is лицо in the prepositional case, and why does свой not match its case?
1
Why is the word "тот" used in this sentence and why is it in the dative case?