Translation - "From" and "To" to Russian for a converter app 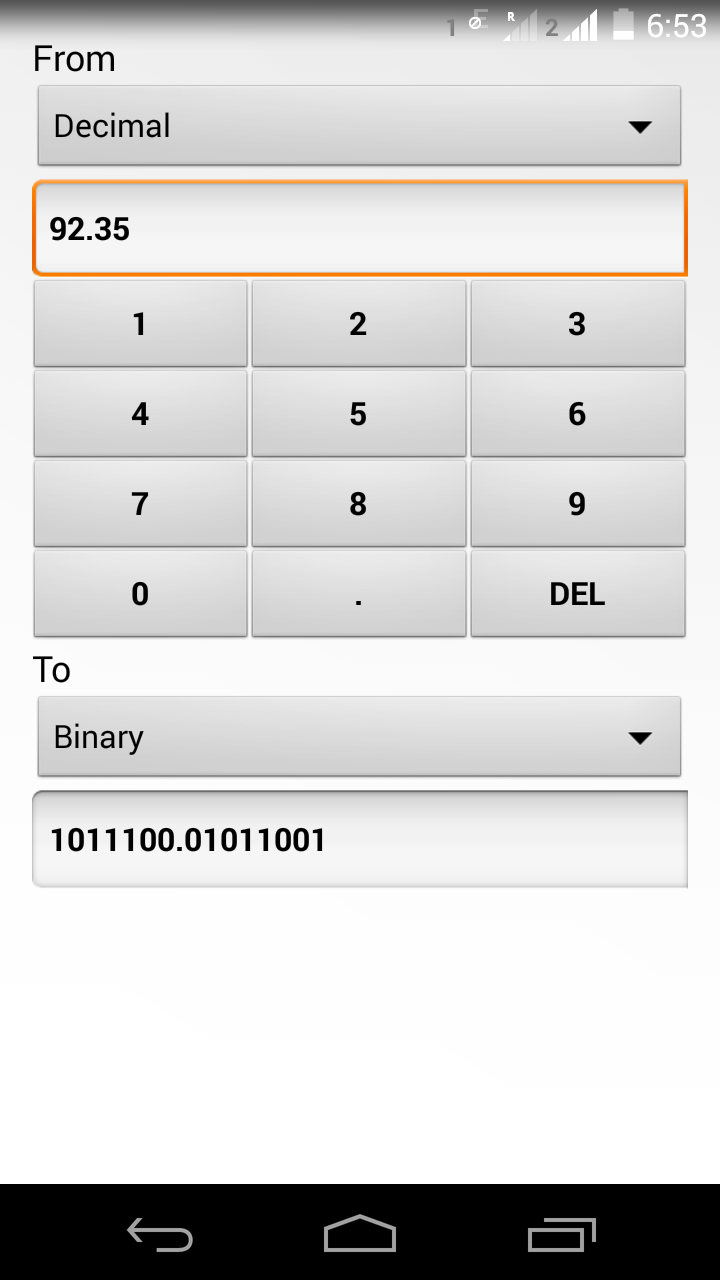 I have an Android App which converts numbers from one number system to another. I want to translate it into Russian. All I need is translation of two words- "From" "To"

I used Google Translation services and got some results but when I translated them back to English, they did not give "From" and "To" as results.

Note that if you do not use a radio button list or a list of abbreviations, that requires oblique forms of words for "base 2", "base 8", "base10", "base 16". Though, they all will end in "-ой" for Genitive and "-ую" for Accusative (instead of "ая" in dictionary form). Again, this only applies if you use whole words and try to sound all natural, like writing it all in a single line or a sentence like "I want to convert 511 from decimal to binary". A simple interface like "511, from:Dec, to:HEX" may use just abbreviations or dictionary forms.

If you are planning to use Russian words for number systems (and do it grammatically) here's the way:

To the Shady_arc's answer I'll add that in case of mail and similar,

7
Translating "you" into Russian for a mobile app
3
Difference in pronunciation between "вce" and "вcё"?
6
What do I call a Hue, a Shade, a Tone and a Tint in Russian?
3
How to talk about rolling dice
24
What is the meaning of: "- Отнеси кота на веранду. - Да уж лежит там."
8
If Spider-Man is Человек-Паук, what would make a good Russian name for Batman?
4
How can I say "a double-crossing weasel" in Russian?
9
Are there Russian words for "close-minded" and "open-minded"?
1
What is the difference between лодыжка and щиколотка as a translation of "ankle"?