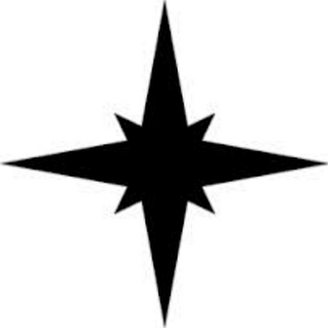 My first taste of Russian was the course I took during a summer school session of high school. I revisited the language later while in college, where I took a couple of quarters of it before my studies in other areas became too much for me to continue with it. I didn't have much to do with the language until several years later when I was able to take a four-month course of it through the Department of Defense back in 2013. I set it aside once again to work on other things and then, in late 2014, I took a quarter of it again at the University of Washington where I had studied it so many years earlier. It was a good refresher. I set it aside again until I learned that Duolingo offered a Russian course for English speakers and I have been slowly, but steadily, continuing my study of it since 2016.

All together, I probably have about the equivalent of an hour of day of study for a full year, although the first third of that year has been repeated a good couple of times now, so it only feels as if I've started to learn brand new things about the language for about a third of that time. If you've taken a 1-month intensive course, especially if it was in-country, you're probably at the same level as I am.

I'd like to take the TORFL someday to get a better gauge of where I'm at with the language, but that's a way off right now. I definitely think time spent on the Russian StackExchange will help me learn the language and ultimately put me in a position that would make me feel comfortable taking a test like the TORFL.

11 Can anyone clear up some discrepancies between rules for numeral+adjective+noun agreement for 2/3/4 and actual usage (as found through e-sources)? Aug 19 '17
11 Do “надо” constructions tend to pair with perfective verbs and if so, why? Oct 2 '17
10 Why is the Russian adverb “уже” not always translated into English? Oct 2 '17
8 What are some good Russian equivalents for the word “badass?” Aug 18 '17
8 Is there a reason why “чёрт” and “сосе́д” don't decline for nominative plural according to standard Russian spelling rules? Jul 16 '17
7 Does anyone know of a simpler way to add accents to Cyrillic vowels than what is typically found online? Mar 31 '17
7 What is the difference between “занятый” and “занятой”? Sep 14 '17
7 Why do some nouns take the genitive case instead of the accusative? Jul 26 '17
6 Do all verbs in Russian have both an imperfective and perfective aspect? Sep 17 '17
6 Is there ever a time when one uses по́ле to refer to the floor? Jul 25 '17
View all questions and answers →