Is it temperature or something else?

Does the sentence on the T-shirt, После 40° жизнь только начинается! 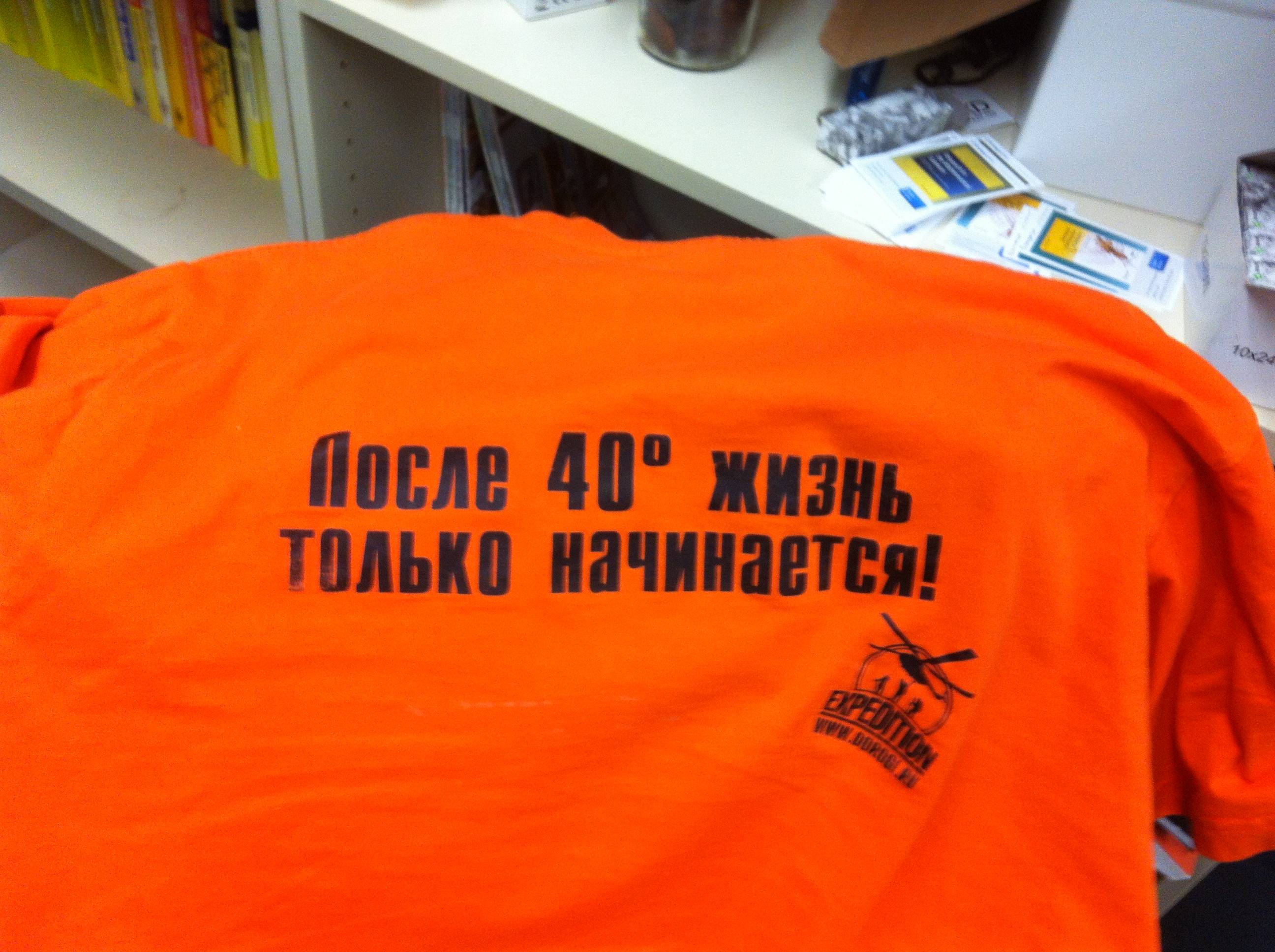 , refer to the temperature, i e does it mean Beyond 40 degrees life just starts! or is there another meaning?

In this context the degree (градус) means volume fraction of ethanol (alcohol) in a beverage.

One percent of ethanol by volume corresponds to one degree on Tralles hydrometer, so historically alcohol proof was measured in degrees rather than in percent in Russia.

Minimum proof of 40% ABV (or 40°) had been a standard for Russian vodka since late XIX century, and "40°" (сорок градусов) is popular metaphor for vodka.

The t-shirt quote is actually a pun on the famous quote from the 1979 Soviet film "Moscow Does Not Believe in Tears" ("Москва слезам не верит"), told by the protagonist, a woman in her early forties:

No, it is about vodka.

In Russian, there is a well known sentence "после сорока жизнь только начинается" (it is about age). They humorously changed it to "после сорока градусов", referring to the percentage of alcohol in vodka. The volume percent of alcohol is called градус (i.e. крепость водки 40 градусов).

"Expedition"(logo seen on T-shirt) is a trade mark. They sell goods for travellers, fishermen etc. So their slogan "После 40 жизнь только начинается" is a bit of wordplay, but not just "vodka". See, for example, the flask with less ambiguous text directly mentioning those "40 degrees/percent" - http://www.ozon.ru/context/detail/id/5023509

3
How to translate the phrase "To mention" at the start of the sentence?
6
Meaning of "На некоторых страницах метро"
7
Strange, Possibly Idiomatic Sentence and the Adverb лишь
1
The meaning of "Обеспечение"?
13
For all I care - in Russian
2
Meaning of "в самом себе"
3
In Russian, how do you say "Where do you get off telling me what to do?!"
0
How can I elegantly translate gerundives to Russian?
5
What does "Вот ведь" mean here?
10
How do I ask "Really?" in Russian?